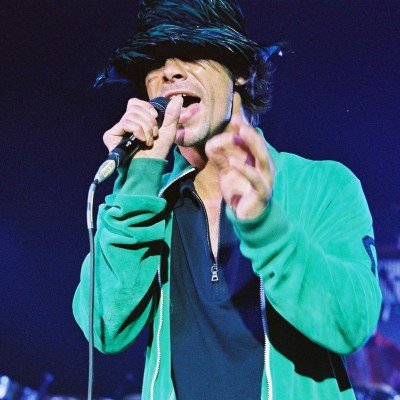 Founded in 1992 by frontman Jay Kay, Jamiroquai are an English funk and acid jazz band from London.

Their debut album, Emergency on Planet Earth, shot straight to No.1 in the UK charts. The band went on to celebrate subsequent chart-topping albums with Synkronized, A Funk Odyssey and High Times, Singles 1992-2006.

Jamiroquai have received 15 BRIT Award nominations and won a Grammy award for Travelling Without Moving, which included the hits ‘Virtual Insanity’ and ‘Cosmic Girl’.