Rage Against The Machine 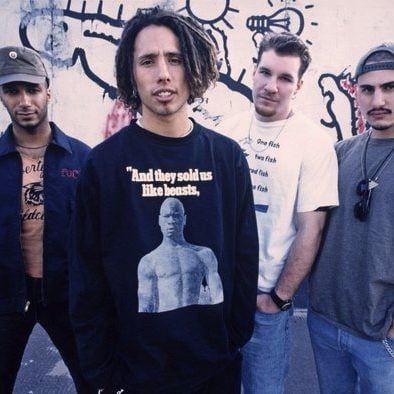 Formed in 1991, Rage Against the Machine released their self-titled debut album in 1992. Featuring lead track ‘Killing in the Name’, the record went 2x Platinum in the UK.

The single experienced a resurgence in 2009, becoming the UK’s Christmas No.1 after fans launched a grassroots campaign to prevent ‘The X Factor’ from getting the top spot. The event led to the band receiving the NME award for Heroes of the Year in 2010.