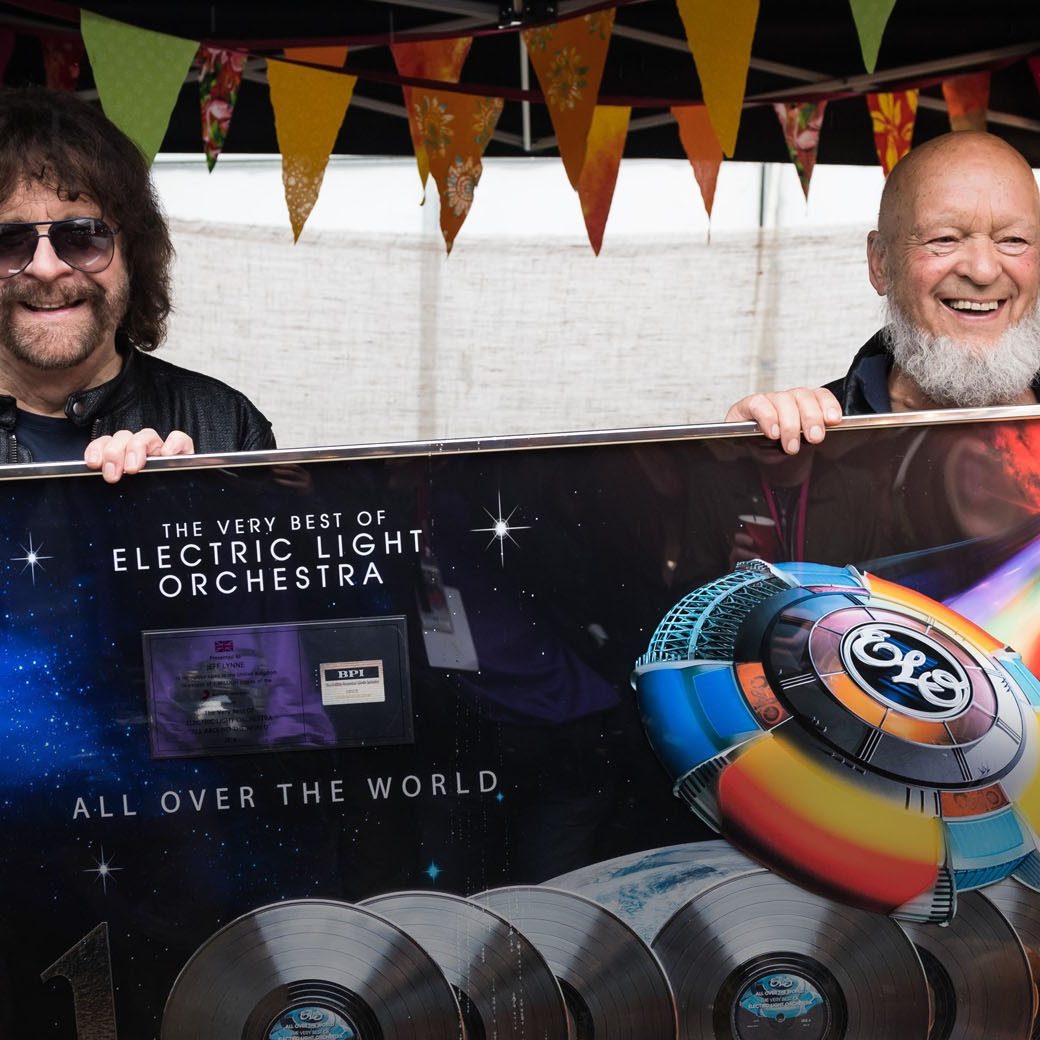 The hugely iconic and legendary rockband ELO fronted by Jeff Lynne, this week celebrated the one millionth sale of their best of collection All Over The World – The Very Best Of Electric Light Orchestra. Originally released in 2005 and now repackaged and updated for 2016, the very best of compilation is once more riding high in the official artist albums chart, currently standing at No.4.

Jeff Lynne’s ELO continue to go from strength to strength – with his latest UK tour, including four O2 Arena dates being a complete sell-out, and his latest album, Alone In The Universe a runaway success both commercially and critically, achieving platinum status, and containing the BBC Radio 2 playlisted singles One Step At A Time, Ain’t That A Drag and When I Was A Boy.

Known for epic live shows and with a distinct style that seamlessly and innovatively blends rock, pop and classical, Electric Light Orchestra have had twenty-six UK Top 40 singles to date selling in excess of 50 million records worldwide.

Since then, the album has once more spiked – after more than 2.4 million TV viewers watched the performance from the comfort of their homes – joining the tens of thousands who were in Somerset to witness his fantastic performance live.

A one-off show at Wembley Stadium in June 2017 has also been announced. Tickets go on sale from Wednesday 29th June 2016 at 9am.