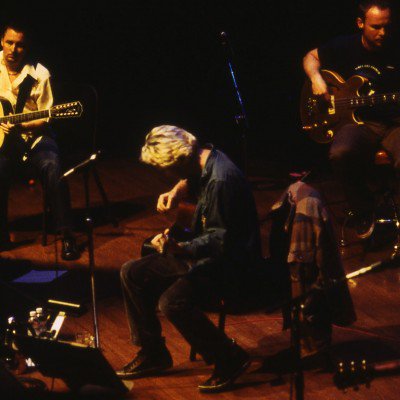 The band broke onto the grunge scene in 1991 with their album, Ten, which is certified Platinum in the UK.

Pearl Jam have four VMAs to their name for the 1992 track ‘Jeremy’ (Best Metal/Hard Rock Video, Video of the Year and Best Group Video), while their single ‘Spin the Black Circle’ scored Best Hard Rock Performance at the Grammys in 1996.

Over three decades, Pearl Jam have sold more than 85 million albums worldwide. They were inducted into the Rock & Roll Hall of Fame in 2017.