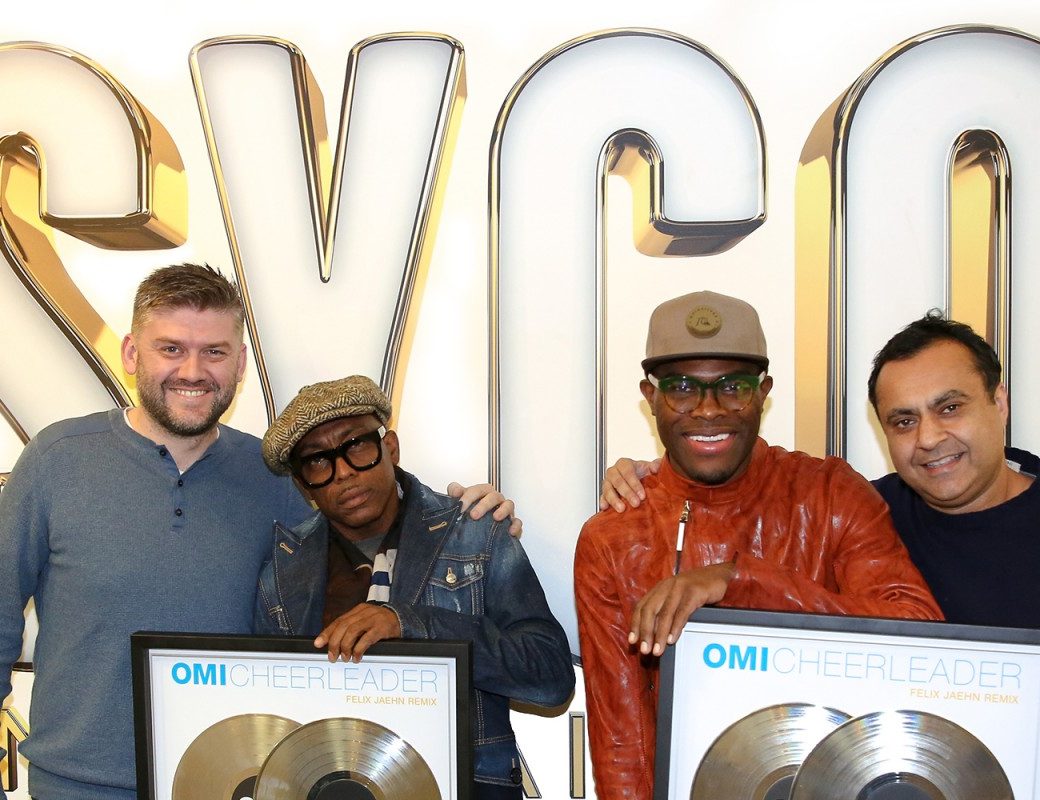 OMI and his manager Specialist were in the UK last week – and headed to label Syco to be presented with a double platinum award for their smash  ‘Cheerleader’.

They were presented with the disc by Sonny Takhar, President of Syco Music and Laurence Boakes.

‘Cheerleader’ topped the UK charts for four weeks in the summer.

The single has, to date, sold more than 1.4 million copies in the UK alone – and is the second biggest selling single of the year.

In total, the song has topped the charts in 55 territories worldwide including the USA, Australia, Canada and Germany –  and has notched up combined streams approaching the half billion mark.