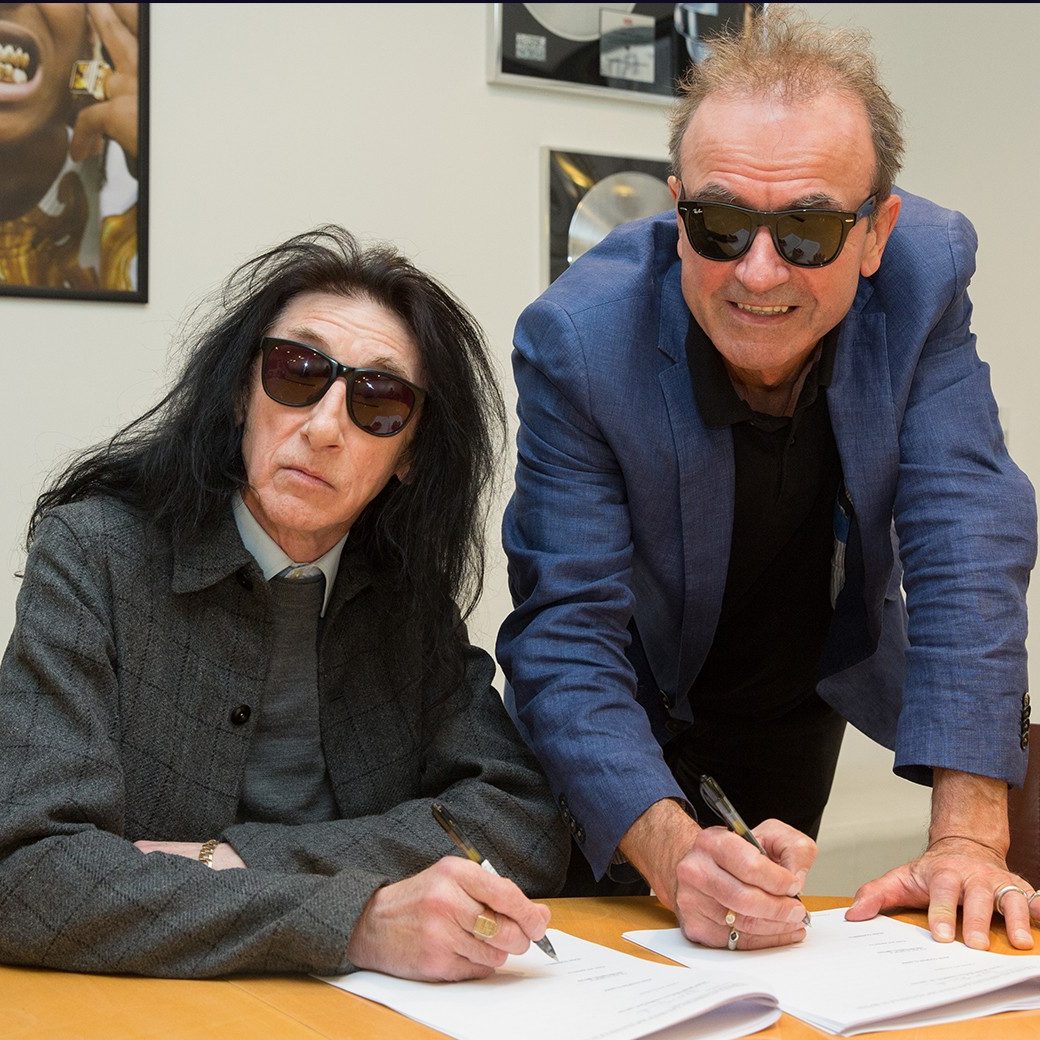 Cultural icons Dr John Cooper Clarke and Hugh Cornwell have teamed up for the first time in their illustrious careers for a new album with Sony Music UK, it was announced today.

This Time It’s Personal will see the pair record fresh versions of classic songs, including Johnny Remember Me, Spanish Harlem and MacArthur Park.

Cooper Clarke has a long history with Sony Music UK. His first album Disguise In Love, featuring Martin Hannett and The Invisible Girls, was released through Epic Records in 1978. In 2015, his definitive and career-spanning collection Anthologia – featuring four discs of his work – was also released with Sony Music UK. Cooper Clarke’s work has also been a source of inspiration for many artists. These include the Arctic Monkeys, who re-worked his brilliant poem I Wanna Be Yours on their 2013 album AM.

Cornwell was the lead singer and guitarist of The Stranglers, the iconic new wave band whose hits included No More Heroes, Peaches and Golden Brown. The Stranglers were signed to Epic Records between 1983 and 1990. During that time they released four albums, including Feline, which peaked at number four in the UK Album Charts. Cornwell fronted the band from its inception in 1974 until 1990 when he left to pursue a solo career.

Nicola Tuer, C.O.O, Sony Music UK says, “considering John and Hugh’s historic relationship with Sony Music, for us to unite with them for this special collaboration is both brilliant and fitting. Their talent is legendary and their enthusiasm for the project is infectious. We are delighted to be working with such iconic artists.”