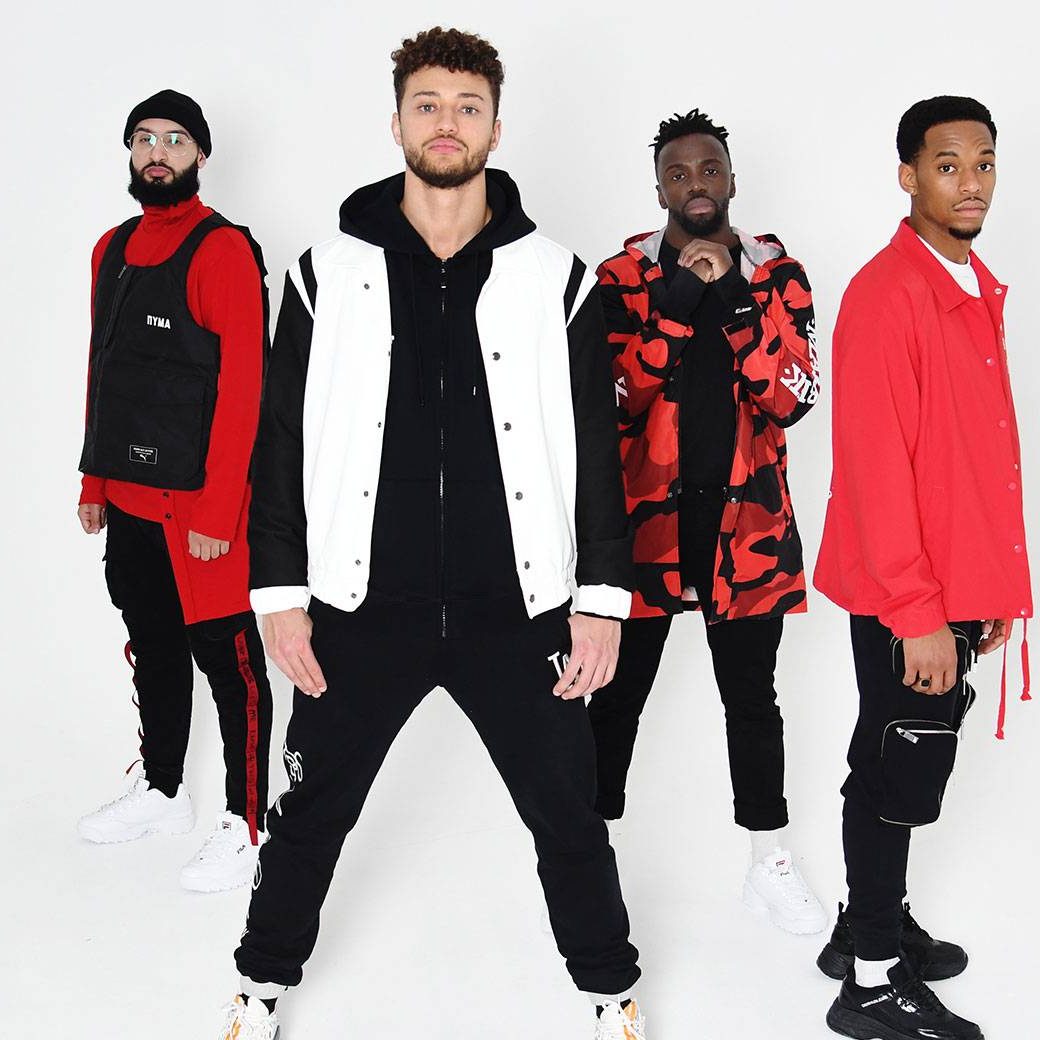 Rak-Su have today released their brand new four track EP, Rome, which takes the boys firmly back to their signature sound and what they do best – pop infused with reggaeton, rap and R&B.

The EP draws on the band’s musical tastes as well as reflecting their own personal experiences. For Jamaal, of growing up singing gospel in church in Barbados, where he lived until the age of 14; for Mustafa, of a lifetime spent winning beatboxing contests; for rappers Ashley and Myles, of the grime and trap they made together in their mid-teens.

Rak-Su said, “people don’t realise that before The X Factor we were together as a band making music we loved & were inspired by. This EP allowed us to show some of the other sides to us… you get R&B, electronic, Afro-Caribbean Rak-Su. Fun, emotional, honest, party Rak-Su. We feel it’s a well-rounded snapshot into who we are both musically and as people.”

Originally championed by DJ Target at 1Xtra, Rak-Su then went on to make history by winning The X Factor in 2017 with their own song – the first act ever to do so. Their track ‘Dimelo’, released in 2018, featured Naughty Boy and Wyclef Jean, and was a contagious Latin-pop scorcher that shot to #2 in the singles chart.

Listen to the Rome EP here.