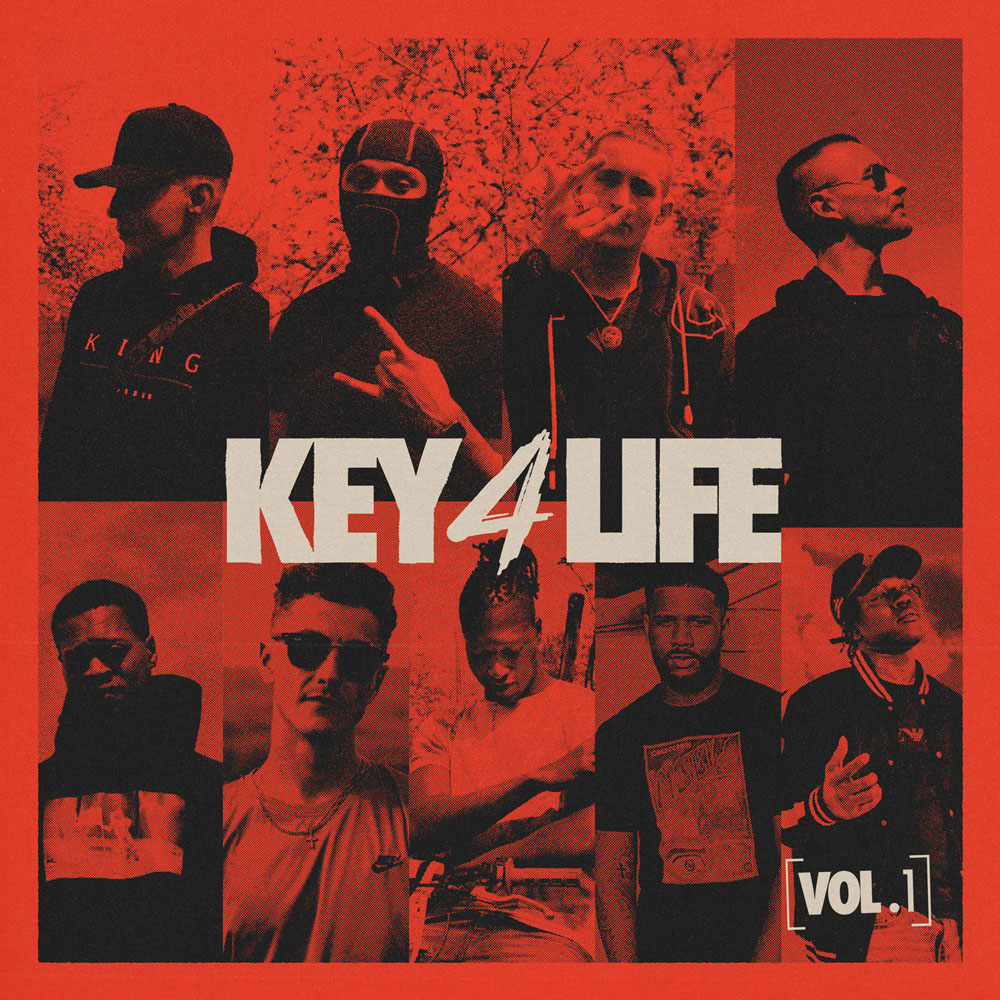 A group of nine ex-offenders and young men at risk of going to prison have turned their lives around with the support of charity Key4Life and are releasing an EP with Sony Music UK via Columbia Records.

The five-track EP features collaborations with BRIT Award-winner Fred Again, artist mentor DJ Semtex (Director of Artist Development at Sony Music UK), rapper and producer Jevon and producer Prynce Mini. The first single, ‘Know How It Goes’ feat. Jevon, is out now. Other tracks include ‘Let It Go’, set for release on September 24th, plus ‘Elevate, Make It Out’ and ‘Through My Soul’. The full EP Key4Life Vol.1 will be available on 1st October, with all proceeds going back to Key4Life to continue their vital work.

The nine men featured on the EP are Creepa, K.O.B, BB, General Sneeks, Mezza, Curtis Blow, RAWRY, Cali1 The Artist and G Medici Online and hail from across the UK – from Birmingham and London to Somerset. Many of them have discussed using songwriting and performing to overcome and heal from their traumas, demonstrating the immense power of music to rehabilitate, educate and deter others from crime.

Key4Life’s mission is to reduce youth re-offending through delivering a seven-step rehabilitation programme to young men in prison and those at risk of going to prison, helping to break the cycle of crime. The charity was founded by Eva Hamilton MBE after the London riots ten years ago, and runs programmes in Bristol, Somerset, and London – working at prisons and young offenders’ institutions in Ashfield, Isis, Portland, Wormwood Scrubs, Guys Marsh and Brixton.

“Music has been a central part of Key4Life’s seven-step model,” said Hamilton. “What Sony Music has done through their support and creation of the EP with nine of our former offenders is truly amazing and has enabled them to unlock their potential on so many levels.”

Sony Music UK has been supporting Key4Life since 2018, but formalised the relationship last year via the UK arm of Sony Music Group’s Global Social Justice Fund. Sony Music Group’s global Social Justice Fund was created in June 2020 to support social justice, equal rights and anti-racist initiatives and has supported more than 300 organisations worldwide so far. In addition to providing funding, Sony Music has supported Key4Life and the young men on a truly holistic level, with employees and artists becoming involved and volunteering their time and skills, offering mentorship, leading workshops and more. The Key4Life Vol.1 EP is an extension of that work, with everyone involved in the project volunteering their time.

“The passion and enthusiasm around the making of this EP encapsulates the work that Key4life do – offering former offenders another chance in life, a chance for them to show what they are really capable of,” said Ferdy Unger Hamilton (President, Columbia Records). “When you listen to these songs, you can hear how they have grabbed their chance with both hands.”

Offending costs the economy £18 billion annually and Key4Life helps reduce offending with astonishing results. Only 16% of participants have re-offended, compared to the national rate of 64% one-year post-release, and a Key4Life participant is four times more likely to be employed a year post-release. Since the cost of putting one participant through the Key4Life programme is £5,000 versus the average annual cost of a prison place in England and Wales of £37,000, the investment is clearly worthwhile.