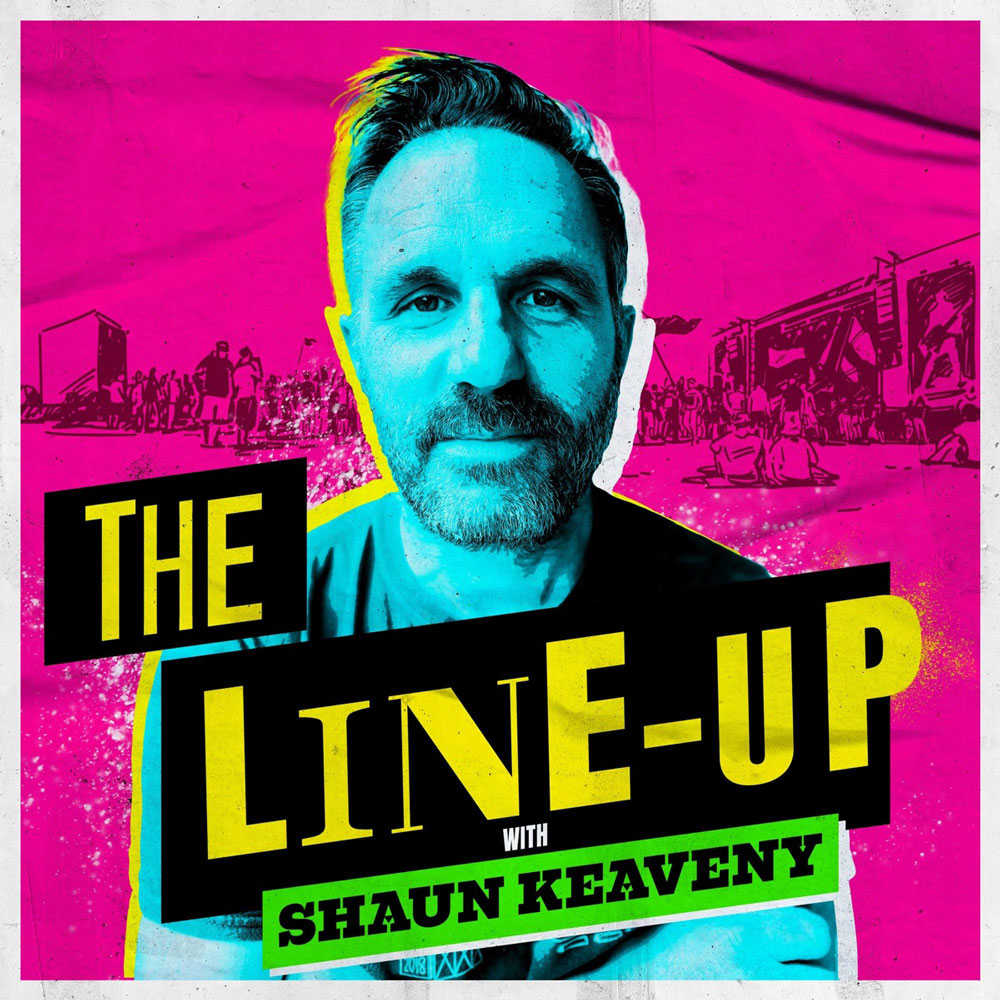 The Line-Up is a new podcast created in collaboration with Sony Music Commercial Group and Cup & Nuzzle, where music-loving guests get the chance to curate their very own dream festival alongside veteran broadcaster Shaun Keaveny.

Each episode will see Shaun and his guest discussing their favourite festival memories, who tops the bill on their dream line-up, their food and drink of choice and the all-important question – are they brave enough to face the infamous portaloos?

“The Line-Up is a chance for me to essentially play God to all manner of great guests and grant them their ultimate festival wishes,” said Shaun. “Whatever they do desire – be it Hendrix jamming with Taylor swift, or a helicopter on site delivering their favourite curry. All I ask for in return, like any god worth their salt, is total eternal devotion!”

With no anecdote off limits, The Line-Up will showcase each guest’s true passions and musical spirit. People in the hot seat include artists Manic Street Preachers and Tom Grennan, actor Jodie Whittaker and comedian Shaparak Khorsandi.

Shaun was an instrumental part of the BBC 6 Music family for nearly 15 years, interviewing the most prestigious names in the music industry and further afield. Later this month he is co-hosting live coverage of the Isle of Wight Festival 2021 for Sky Arts, and he recently announced he is joining Absolute Radio for their comedy show, Rockanory.

Produced by Natalie Jamieson, The Line-Up kicks off on 15th September with Imagine Dragons and will be available weekly across all podcast providers – subscribe here.