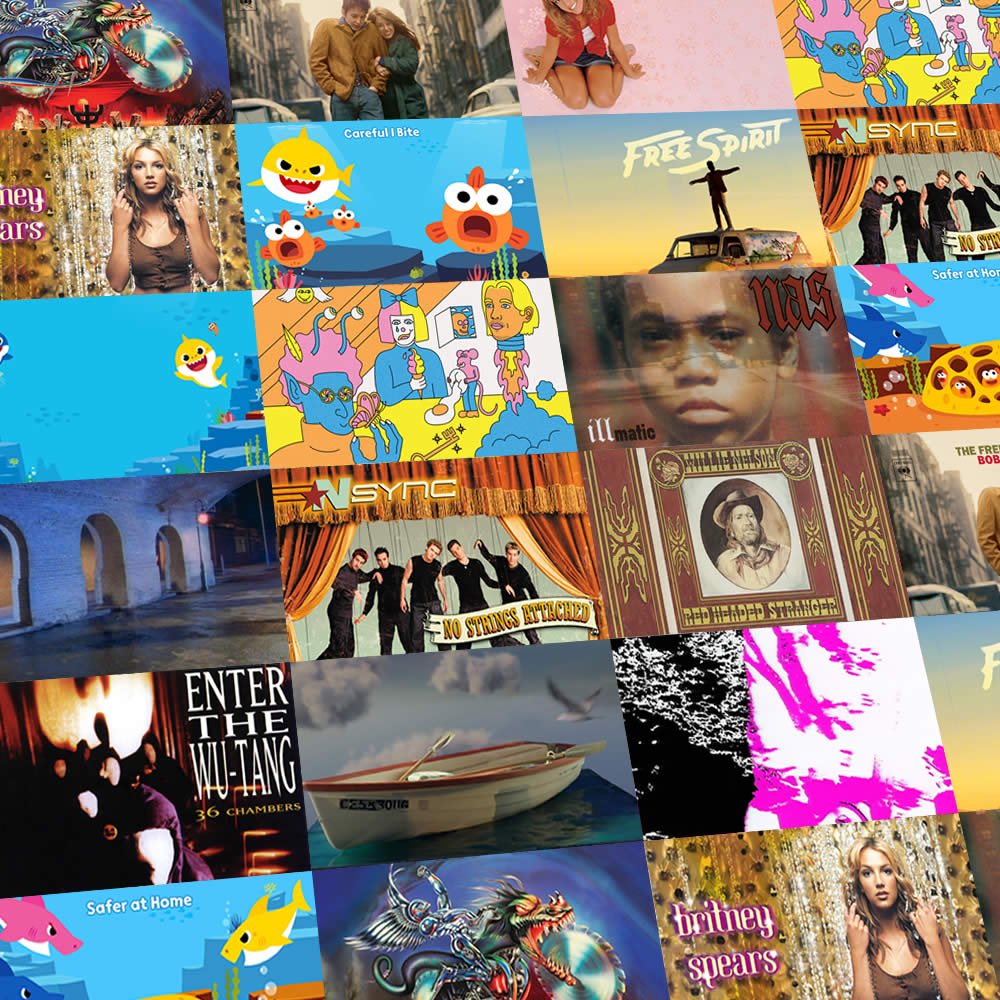 Sony Music has launched Iconic Music Backgrounds for video conferencing, featuring a collection of imagery from some of our most recognisable and celebrated album covers and music videos.

With millions of people using video conferencing to work and socialise from home, Iconic Music Backgrounds allows users to replace the backdrop of their homes and insert themselves into their favourite album covers and music videos, from the 1960s to the present day.

Users can virtually immerse themselves into their favourite music moments, from culture-defining albums from Bob Dylan and Wu-Tang Clan to pop classics from Britney Spears and *NSYNC, Jamiroquai’s A Funk Odyssey, Nas’ hip hop masterpiece Illmatic and more – with additional albums and video stills to be released in coming  months.

The site was developed in collaboration between Sony Music UK’s 4th Floor Creative and Legacy Recordings, the catalogue division of Sony Music Entertainment.