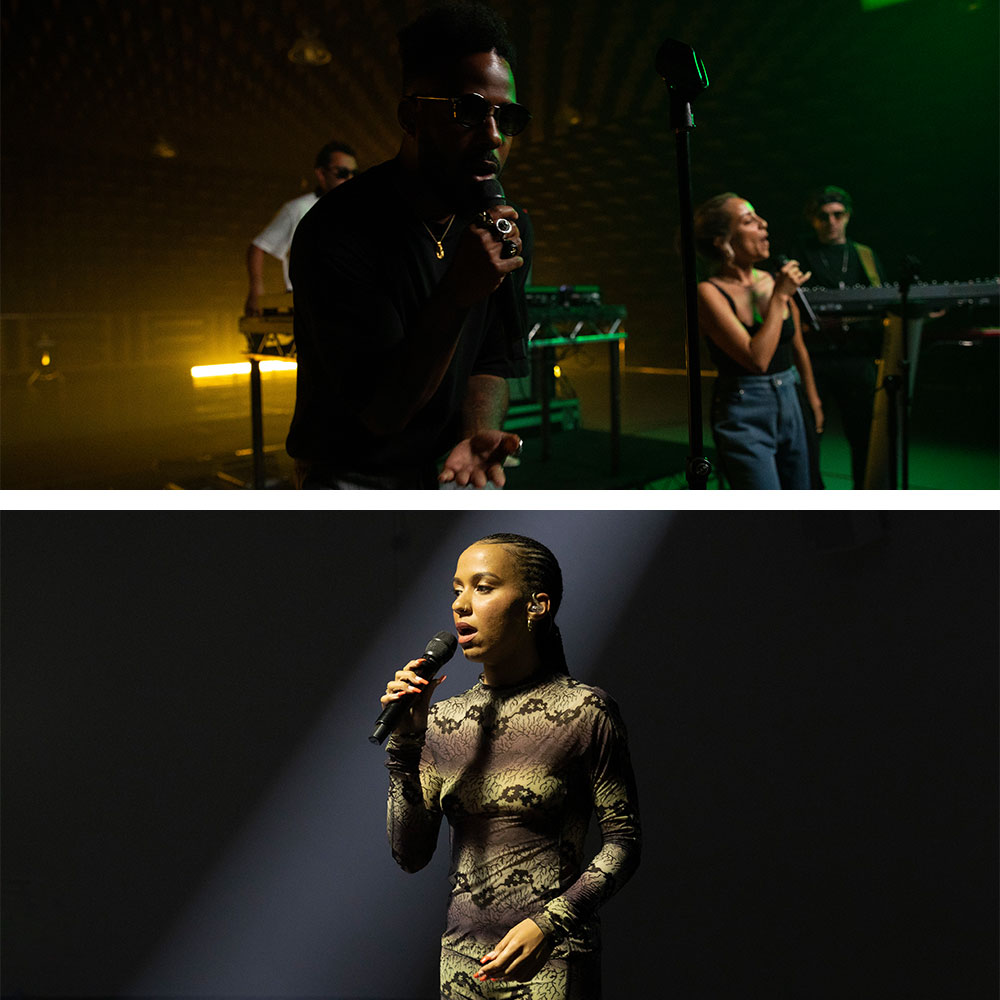 4th Floor Creative has partnered with Jaguar to bring together the worlds of music and design in a unique celebration of the arts, showcasing one-off performances by Disciples and Pip Millett in facilities ordinarily dedicated to the design and engineering of Jaguar’s cars.

Sound Design is the latest collaboration between Jaguar and 4th Floor Creative, following their ‘Hard to Forget’ campaign with DJ and producer MK for the Jaguar F-PACE performance SUV. Curated with 4th Floor Creative and directed by Silence Aitken-Till, Sound Design captures the thrill of live music as audiences return to concerts and festivals post-lockdown.

Disciples performed live from Jaguar’s anechoic chamber at the Gaydon Product Creation Centre – a soundproof room normally used to develop and test the refinement and sound quality of Jaguar’s vehicles. The world-class facility was chosen as the venue for the production trio’s performance of their single ‘Solid Gold’ featuring bshp – their first outing together since the onset of the pandemic.

“The creation of music as art is for the enjoyment and interpretation of your audience,” said Disciples. “Performing and recording is a massive part of that. Over the last year and a half, restrictions have meant that hasn’t been possible. It’s good to be back, especially in such a uniquely creative location.”

Sophie Ellis, Jaguar’s Senior Creative Detail Designer, had the opportunity to discuss creative inspiration with Disciples. “I was surprised at just how similar the processes of designing a car and writing music are,” she said. “We are both using our lived experiences to communicate an emotion and are asking the end user to feel something. Creatives of all kinds are professional empaths in their own fields. You feel what a Jaguar is when you get into one, and you hear the creativity of Disciples when you listen to their music.”

The second session in the series features Pip Millett, performing ‘Braid it Back’ from her EP Motion Sick. Filmed in the creative epicentre of the Jaguar Design studio, the space perfectly complimented her cool yet dynamic tone.

“Experimental creativity is massively important to me when writing new music – that way each song released gets better and better,” said Millett. “Performing against such a different backdrop was extremely exciting after a long time of not having any audience, and broadened how I think about creativity.”

After her performance she was joined by Louise Thorburn, Jaguar’s Senior Colour and Materials Designer, to discuss how it feels to deliver a project after a long period of development.

“It’s our job as designers to push the boundaries of creativity for the benefit of our respective audiences,” said Thorburn. “Sharing that experience with another creative is hugely important. We both celebrate the process, but revel in the end result.”

Watch Disciples’ session below and keep an eye out for Pip Millett’s performance, which is coming soon.