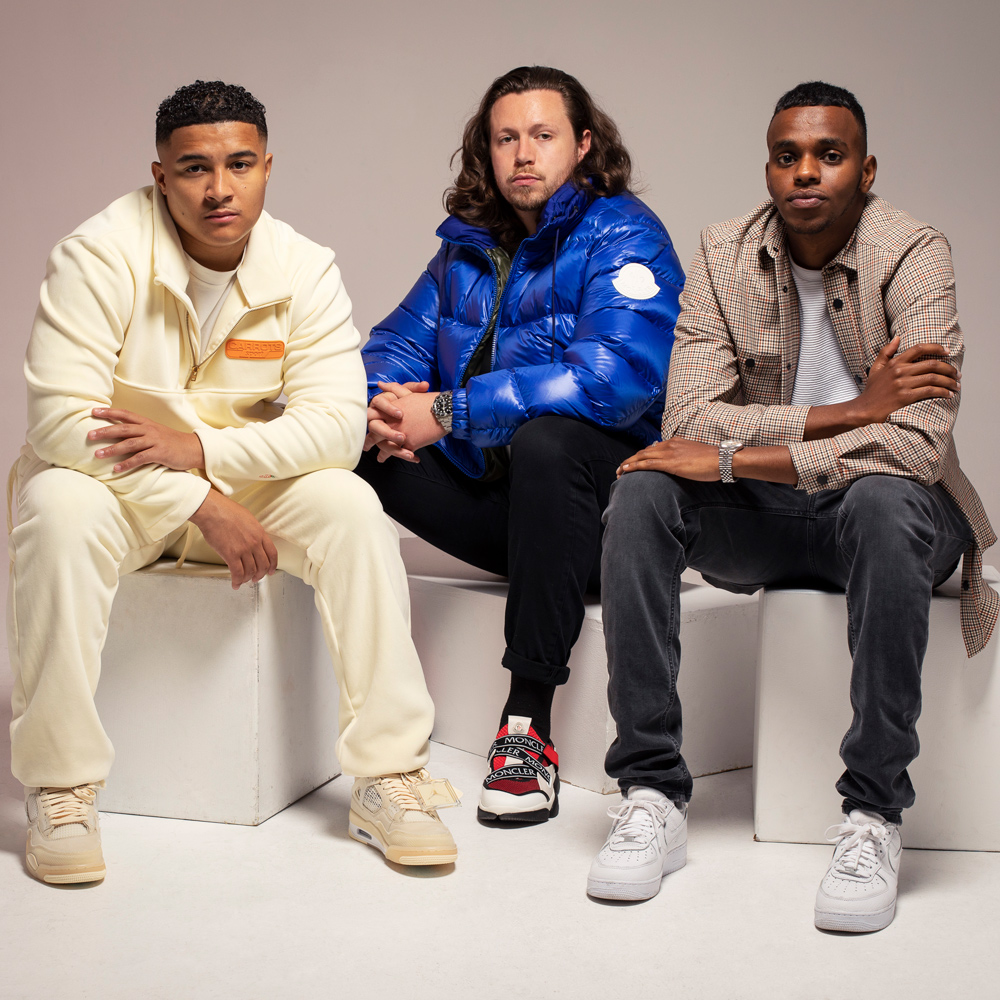 “I started working with Abdi and Antz because I realised I was being influenced via their platforms, which introduced me to new artists that I then played on my radio show,” said DJ Semtex. “They are a starting point for emerging artists that have recorded their first bedroom demo, or artists that are overlooked by traditional outlets and need an online viral boost on the streets. Individually Abdi, Antz, and Aidan bring a unique skillset to the table. Collectively, they have a fresh methodology for discovering artists and rapidly building audiences.”

Abdi, Antz and Aidan are trailblazers and tastemakers within youth culture and have individually founded their own highly influential social media brands and businesses. The pioneering executives will work closely with DJ Semtex and report into Dipesh Parmar (President, Ministry of Sound).

“I’m hugely excited to partner with Abdi and Antz, they are the future of the music business,” said Dipesh. “Alongside Aidan, WEAREBLK is at the forefront of UK culture. Their ability to work with new digital media, alongside their taste and hunger to break new artists is a gamechanger and a blueprint for a record label of the future.”

Antz launched imjustbait in 2014 at the age of just 16, developing it into one of the best-known music and culture Instagram accounts in the UK and accumulating more than four million followers. Antz has collaborated with global brands through the platform, used it to promote underground music and has cultivated fanbases by spotting talent and endorsing early music from artists including Dave, Young T & Bugsey, B Young and Deno.

“Music has always been a huge passion of mine,” he said. “Having the opportunity to contribute to culture on a bigger scale through WEAREBLK is something I’m grateful for.”

Abdi is the Founder of Abdi TV, a music-based social media brand. The account launched in 2012 while Abdi was at university studying computer science and has become synonymous with spotting the hottest rising UK talent. Abdi TV launched the career of Swarmz, with Aidan signing his first single ‘Lyca’ to WEAREBLK. The record spent twelve weeks on the chart and has been certified Silver in the UK.

“Music changed my life and I’m looking forward to returning the favour to others by discovering artists and sharing new music through our label,” said Abdi. “I’m excited about what we can achieve working with the team at Sony Music.”

Aidan has worked at the cutting edge of artist development since starting his career at Insanity Group in 2012, before becoming a Director at Management 16 in 2016. Most recently he has been running Ditto Management in the UK alongside Matt Dodds, working with artists including Nathan Dawe, Big Zuu and NSG. He has also been developing Niko B, together with Antz and Abdi.

“It’s incredible to be working with Abdi and Antz to build a new and credible label within the music industry,” said Aidan. “They have already developed careers for many artists and with our ambition combined with Semtex and Dipesh’s experience, I know we can accomplish great things.”

WEAREBLK has already achieved chart success with Niko B’s ‘Who’s That What’s That’. The track has more than twenty million worldwide streams and spent eleven weeks inside the Official UK Top 40 after first charting in June.